If your GEM is an early 2016 (GEM Classic) model or older, you can obtain a replacement key by contacting Midwest Security Products directly at 567-408-7656 or visiting their website at www.midwestkeys.com.

The early 2016 and older GEM Classic body style is shown below. 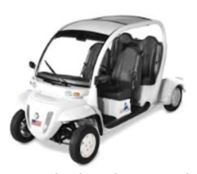 If your GEM is a late 2016 (new body style) and newer GEM e2, e4, e6 or eL XD, a blank can be ordered from any GEM Dealer. The necessary blank can be identified by providing the Vehicle Identification Number to your Dealer. The blank will be cut using your existing key to create a spare. If both of your keys have been lost, the ignition will need to be replaced. Not all dealers are able to cut key blanks. Those blanks may need to be taken elsewhere to be cut.

The newer GEM body style is shown below.

If your GEM is an eM1400, eM1400 LSV or M1400, blanks are available that must be cut to match an original key. See your GEM Dealer to order a blank. To identify which series your key is, locate the four digits on the original key as shown below. If both keys have been lost, you will need to replace the ignition. Not all dealers are able to cut key blanks. Those blanks may need to be taken elsewhere to be cut. 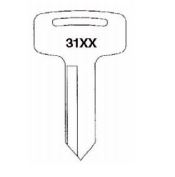 To locate a GEM Dealer near you, use the Dealer Locator.
Replacement ignitions and other service parts can found in the online parts catalog.